At the south from Yaiza you can find a village called La Degollada.

This small village is situated in the middle of some Miocenic Mountains, one of the oldest vulcanic areas from Lanzarote.

Near the village 2 separate caves can be found both situated in a dry riverbed a so called  Barranco.

Cueva los Lomos is situated in the mountains south from La Degollada and can easily be  seen on a distance.

In fact there are more small caves and or mined caves in this barranco, where we only explored and surveyed the most obvious and biggest cave.

That these subterranean  chambers have begun originally as a cave , can be seen on walls and  on the roof, which are typically volcanic of origin .

Probably by aging filled up with mud and dust they have been excavated afterwards for sheltering against sun and as barn for animals.  The cave is probably very interesting as an archaeological site. 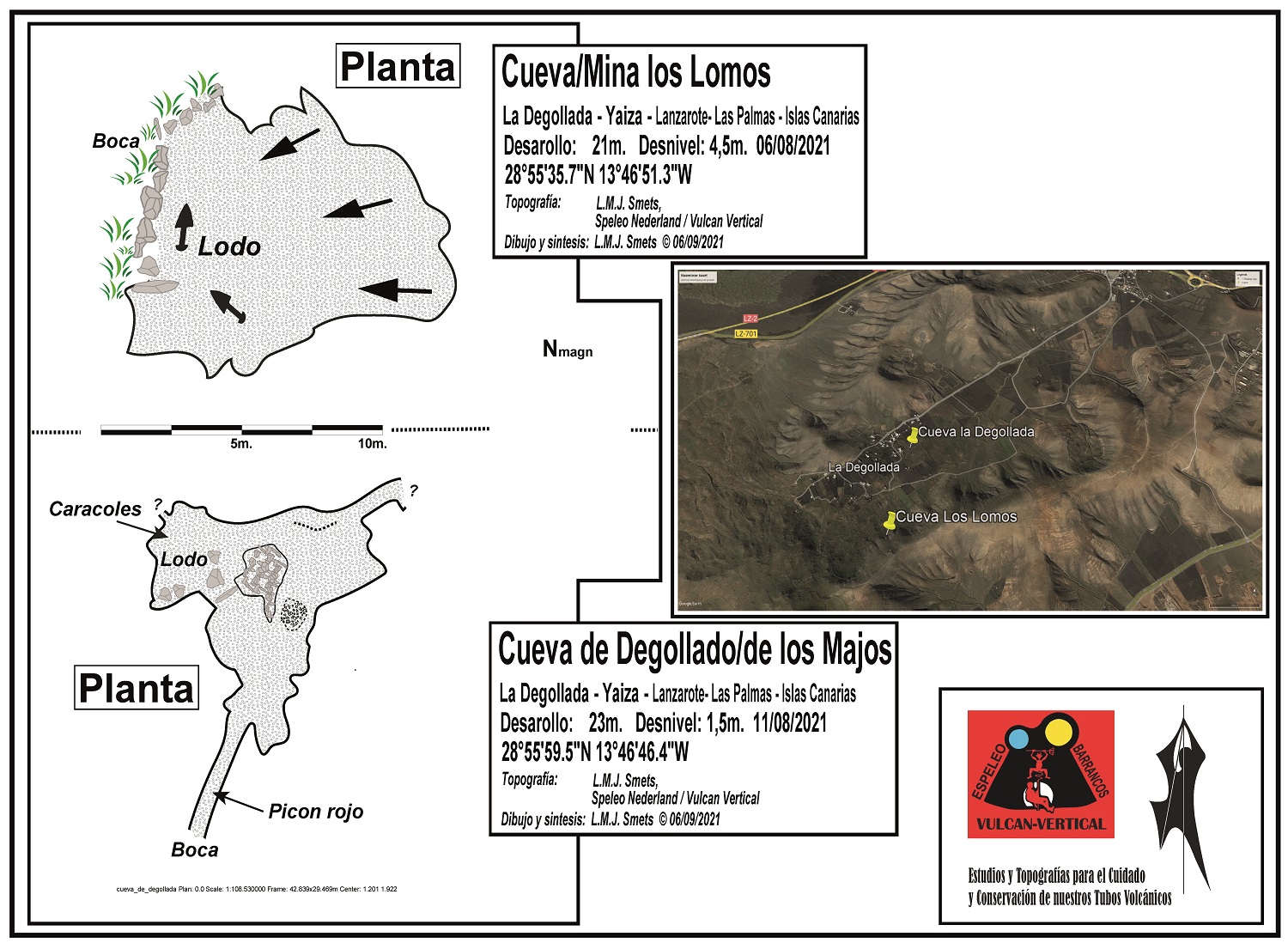 Cueva de Degollada or Cueva de los Majos is the best known cave is this area.  The entrance can be found at the order from the village at the side from a dry riverbed called Barranco de la Guarda.

The cave entrance looks like a dug out or stabilized natural narrow tunnel which leads into some small chambers.

The floor of the cave consists of dust, mud and sand . The cave could be of archaeological interest  as there can be found some man crafted (or at least they look like that) stones in there and in one corner the mud is filled up with snail shells(caracoles) . That should be a sign that in the far past the cave or the surroundings  have been used as a bivouac.

By continuing to use the site, you agree to the use of cookies. more information